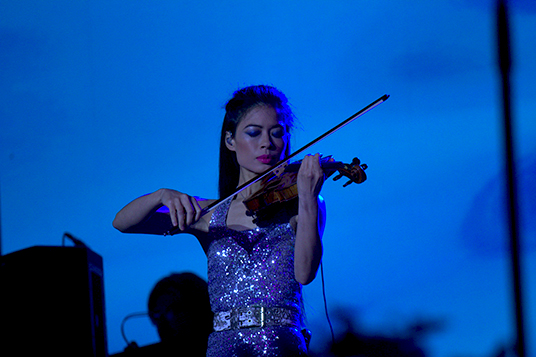 Vanessa May, the world’s most famous violinist, performed on July 12th,  at the opening of the 59th Ohrid Summer Festival. She, along with members of the Macedonian Philharmonic Orchestra under the baton of conductor Ivan Kozhuharov from Bulgaria, embellished the first festival night at the newly renovated Ancient Theater in Ohrid. Until August 20th , Ohrid Summer offers more than 40 drama, music, art and other programs featuring local and foreign artists.