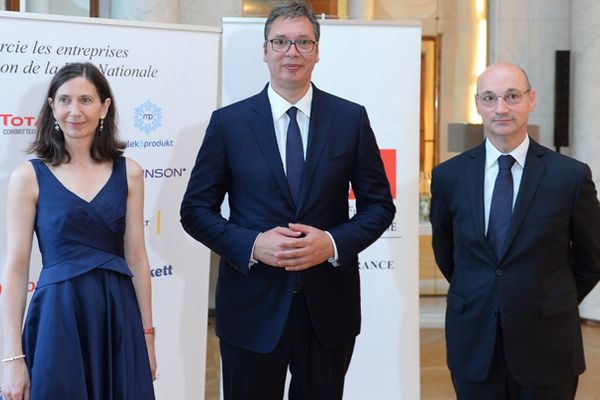 The Ambassador of France, along with his wife, hosted numerous invitees on July 14th on the occasion of the French National Holiday.
This event was magnified with the presence of the President of the Republic of Serbia Aleksandar Vucic, Prime Minister Ana Brnabic, several ministers, numerous representatives of Serbian institutions, local governments, civil society, representatives of religious and minority communities, culture and media with diplomatic corps, representatives of the French community and all actors of French- Serbian cooperation in all areas.
The technical realization of the celebration of July 14th , French National Day, was entrusted to Studio Berar.