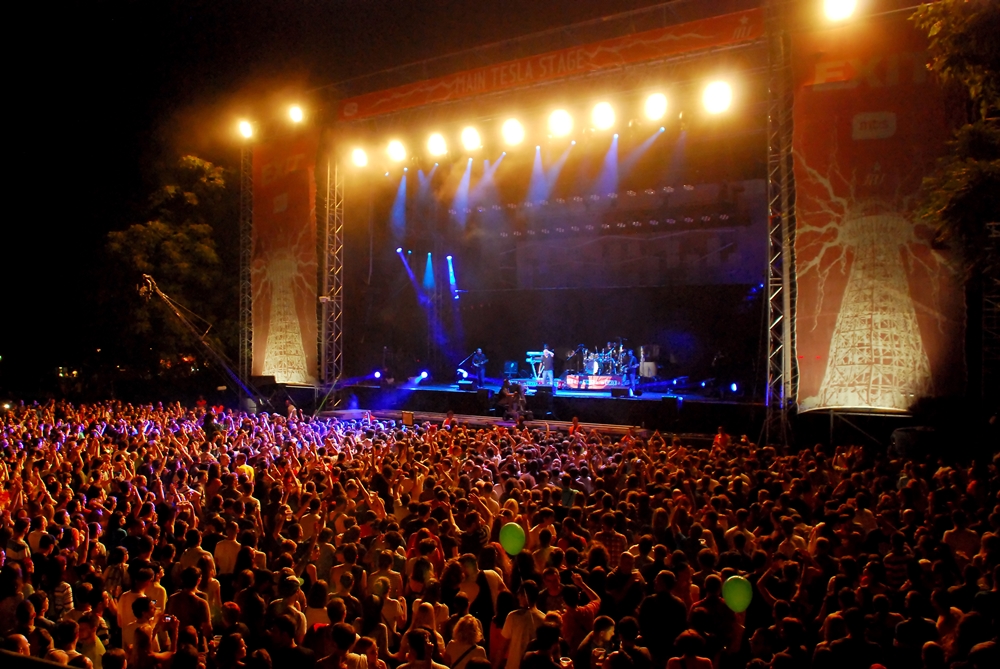 Between July 10th  and 14th , 2013, more than 200,000 people from over 60 countries headed to the Petrovaradin Fortress in Novi Sad to enjoy the performances of over 500 performers on about 20 stages. The cosmopolitan atmosphere in the city, the rivers of smiling people running through the streets of our city, the tremendous amount of positive energy, the festive mood and the gathering until dawn at the Fortress really contributed to the impression that a kind of revolution was taking place in Novi Sad from July 10 to July 14, led by an excellent mood and great music performances.The records were broken This year’s edition of the Exit Festival stands out in many respects: not only did the festival have a so-called “zero” day, so it lasted a total of five days, but a record attendance was also recorded. The Fortress of Petrovaradin was visited by more than 200,000 people in the mentioned five days!

The performers who attracted the most visitors were the main stage of the festival, including Snoop Dogg aka Snoop Lion, The Prodigy, Atoms for Peace, Bloc Party and Nick Cave with their band The Bad Seeds, before which the spectacular fireworks show on the occasion of the closing of the festival. The Dance Arena featured Fatboy Slim, David Guetta, Steve Angelo, Eric Prydz, Dubfire … The third biggest stage, Fusion Stage, hosted a large number of visitors who enjoyed the music of Rambo Amadeus, Bad Copy, Ana Popovic, Van Gogh , Dubioz Kolektiv and many other local and regional performers.Other stages were a gathering place for moody and smiling people who sang along to Latin, reggae, trance and various other musical directions, with karaoke and numerous accompanying entertainment programs, as well as the celebration of Nikola Tesla’s birthday, in whose honor the main stage was called Main Tesla Stage.

Most of the visitors to the Main Stage were during the band The Prodigy, which was attended by as many as 40,000 people. The Dance Arena was marked by performances by David Guetta with about 25,000 and Fatboy Slim with about 20,000 visitors. Studio Berar – Audio & Lighting R: Evolution

Studio Berar has technically realized two of the biggest festival stages this year – Main Stage and Dance Arena. When it comes to Main Stage, the perfect sound comes first with the JBL Professional speakers from the Vertec Series (VT4889 and VT4888 models) powered by active Crown Audio DP-DA amplifier modules that feature BSS OmniDrive HD signal processors. Powerful Vertec VT4880 subwoofers were responsible for the lowest frequencies, while the VRX932 was used for the front rows. The on-stage monitor system was no less behind – with 12 Vertec VT4888ADPs and 6 SRX728 Subwoofers in side fill and VP7212MDP monitor speakers.Thanks to the Soundcraft Vi6 digital audio consoles, rapid changes between bands are made possible, and their guest tone masters have accepted their reliability and quality. Using the MADI protocol directly from the Vi6 desks enabled multi-channel recording of the entire festival. Using the JBL Vertec VT4889 speakers powered by active Crown DP-DA modules, installation and later control of the entire audio system was easy. 38 Vari-Lite 3500 Wash FX reflectors, as well as 50 Robin 100 LEDBeam units, with 2 Lyciana 1290 XLTs contributed to the atmosphere on the stage and among the audience.

The Dance Arena, which broke several attendance records this year, was equipped with 54 JBL Vertec VT4889 speakers, 12 Vertec VT4886, 6 VT4883 and 24 VT4880 Subwoofers, with Crown I-T6000 amplifiers. The demands of this year’s Dance Arena were specific, given that today’s modern electronic music requires precise low-frequency reproduction at extremely high sound pressure. This was made possible by the JBL VT4889 powerful LineArray system, supplemented by JBL Vertec VT4880 Subwoofers powered by Crown MacroTech amplifiers. Bearing in mind that the Dance Arena space was “broken”, a special arrangement of subwoofer groups was applied to achieve uniform coverage at low frequencies. The main audio console, Soundcraft Vi 1, justified its compactness and quality, and was responsible for the complete transmission of audio signals to processors for different parts of the system, as well as to various recorders and TV crews.As a perfect solution with its directionality and compactness, the latest JBL Vertec series speaker, the VT4886 line array system in combination with JBL VT4883 subwoofers in cardioid configuration, was used to cover the VIP terrace, providing excellent high-pressure sound with minimal impact on the main audio system.

The lighting at the Dance Arena was dominated by Robe with 50 ColorWash 575 AT, 20 ColorSpot 700E AT and 38 Robin 100 LedBeam reflectors, controlled through Avolites Pearl Expert and Pearl 2010 consoles.

The attendance figures for this year’s Exit speak for themselves, and everyone who participated in it, whether as organizers, performers, technical implementations or visitors, shared one impression – this year’s Exit exceeded all expectations. That’s why the countdown to the next Exit has already begun, and it will be a big challenge – to overcome this year’s R: Evolution. 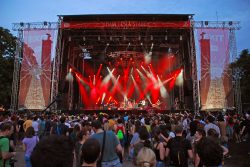 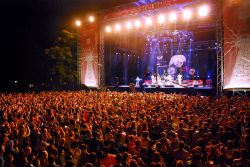 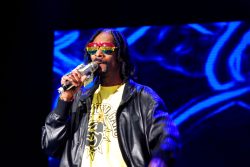 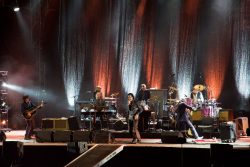 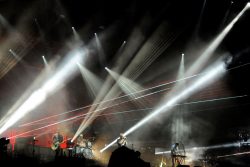 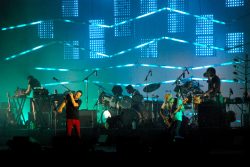 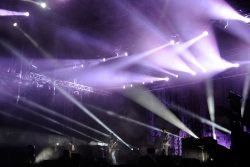 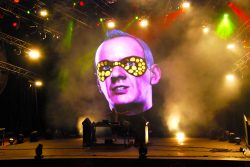 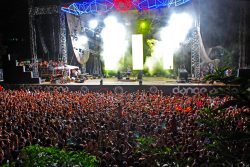