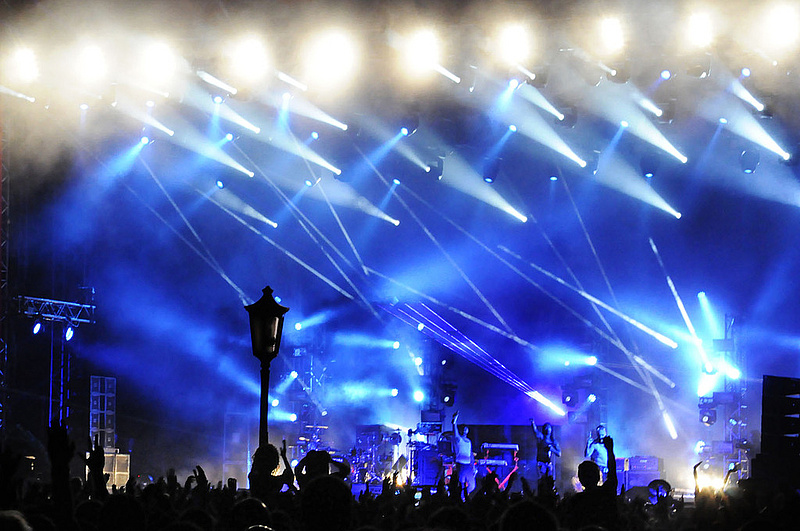 As the leading rental company in the area, which has built its reputation for three decades of highly professional work, Studio Berar has been trusted to provide a complete technical realization of the Warriors Dance Festival.

The festival was organized in collaboration with the renowned British band The Prodigy and the AAA Production team and was held on Saturday September 15, 2012 at Kalemegdan Fortress with the presence of over 20,000 fans.  The Warriors Dance Festival is a continuation of the band’s first The Prodigy festival, held in Tokyo in 2009, while they also chose the location in Serbia as the most imposing and magical. This year’s edition of the festival in Serbia is based on an idea that favors fast, hard rhythms and guitars and presented the best quality program in today’s music scene. The centerpiece of the festival was the main Warriors Dance stage set below the walls of Kalemegdan Fortress. The other two stages (Invaders and Take me to the hospital), filled the entire space and allowed foreign and local bands to introduce themselves to their fans, who were more than 20,000 from home and abroad.

The Prodigy came on stage at one o’clock after midnight and brought the audience into a delirium of movement and energy with their first beats. Perfectly clear and clear sound shook the outskirts of the fort, while the fantastic lighting effects with lightning speed alternated one after the other in perfect coordination with each new tact. The concert continued until deep into the night, and the fans in attendance had the opportunity to hear a few tracks from the new album How to steal a jetfighter, which the band is currently working on.

At the first Warriors Dance festival in Belgrade, in addition to the organizers and headliners of the band The Prodigy, special guests were the leaders of the next generation of electronic music, progressive Skrillex, while Rhythm Nereda, Goblini, Eyesburn, Lollobrigida were representatives of local forces.