The Belgrade audience finally got to experience a unique performance at Tašmajdan Stadium by the Norwegian band Wardruna, who visited the Serbian capital for the first time as part of their Nordic Night Open Air Tour 2022. Led by frontman Einar Selvik, they performed their extraordinary musical opus.

They performed music on old, fossil instruments and various objects from nature, with the desire and mission to bring Nordic traditions and myths closer to the audience.

Dressed in ancient costumes, they managed to enchant the audience and convey the message of nature with their sensual performance.

Music for the soul

But that was not all, because an encore followed. At the very end, the Wardruna group performed the composition “Voluspá”, which concluded their first concert in Belgrade.

Although the lyrics of Wardrun’s songs are in Old Norse, the audience greeted them enthusiastically after each track. At the end of the official part of the performance, it seemed as if the applause would never stop.

Towards the end of the concert, Einar addressed the audience, talking about nurturing the Nordic tradition of songs and compositions, and that, judging by the reaction of the audience, he believes that Serbia also nurtures such cultural heritage and wealth.

Genre-wise, it is almost impossible to define Wardruna, which since its founding in 2003 had the outlines of heavy metal: their ancient music is on the border between gothic and dark tones, like gospel, (rock) opera in a specific guise, and has partly elements of choral intimate spectacle.

The music with scenography and costumes reminds of ancient rituals, falling into a trance, experimenting with different styles and sensibilities. In addition to the lighting, which had a special effect on the overall atmosphere, the concert sounded great with our JBL VT 4889 DP – ADP

Wardruna is known not only to us, but also to a wider audience because she composed the music for the famous series “Vikings. 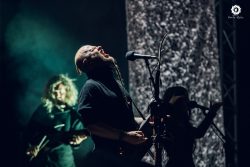 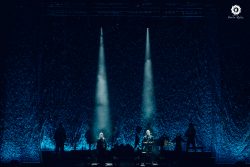 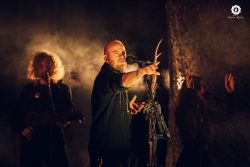 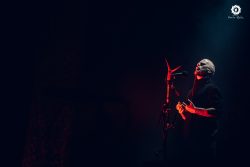 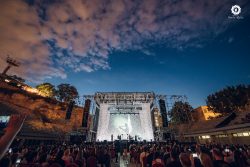 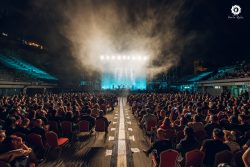